Dr. Dana Steil, assistant professor of computer science, is directing seven interns in the computer science department this summer as they develop software for law enforcement agencies in Arkansas, Alabama and Mississippi.

According to Steil, the software focuses on aiding law enforcement in three areas: crash, crime and citation. Josh McAlister, a software development major from Nashville, Tennessee, is developing software that works with state highway departments aimed at noting crash sites on a map interface, and Mallory Eaton, a software development major from Camden, Tennessee, is developing a web-based application for Mississippi law enforcement for writing citations.

“I think this program is valuable because these students get the chance to see another perspective while in school — a perspective that takes classwork to a real, hands-on level,” Steil said. 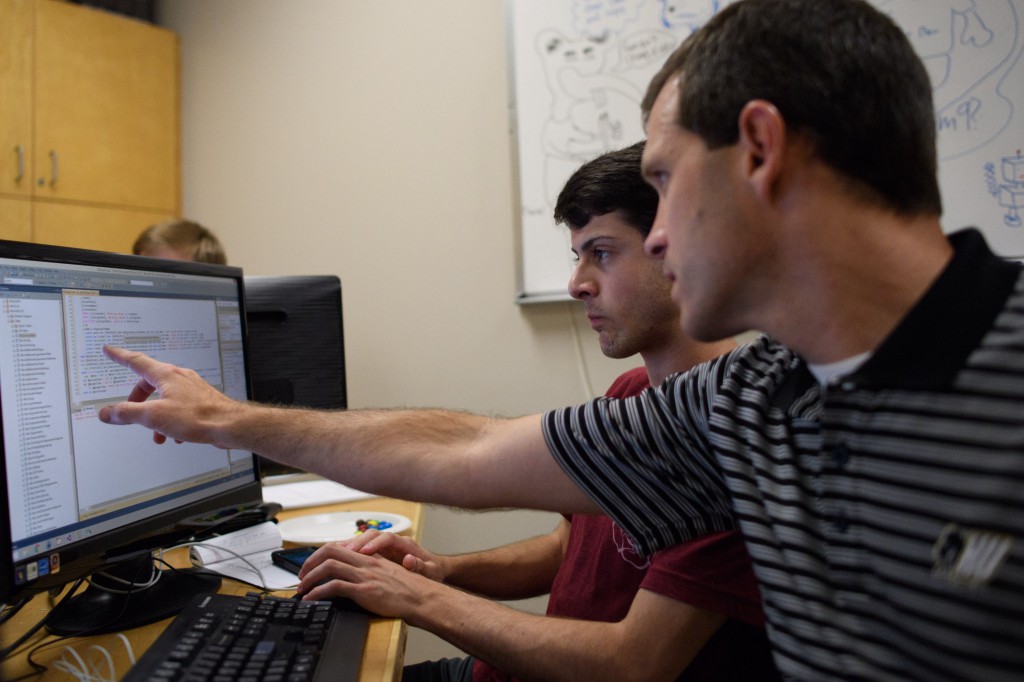 “It’s really rewarding to show the police officers what we’ve been working on for awhile and to see that they’re really surprised and impressed,” said Cameron LaFerney, a software development major from Searcy, Arkansas. “It’s cool to know that we’re making the police officers’ job easier.”

In a testament to the program’s success, Scott Record, a software development major from Meridianville, Alabama, said his work has taken his academic experience outside of the classroom with individualized learning and into a real-world scenario while working as a team.

“There is a concept of modularity in programming where you want to make something as easy to connect to something else as possible, and when you’re by yourself, you don’t really see how that’s practical,” Record said. “But when you get into a team setting like this, there are a lot of moving parts, so you see a lot of the principles you learn in class.”

Alongside the lessons learned in working in a team setting, McAlister said developing the software for law enforcement has taught him valuable experience on the technical side of computer programming.