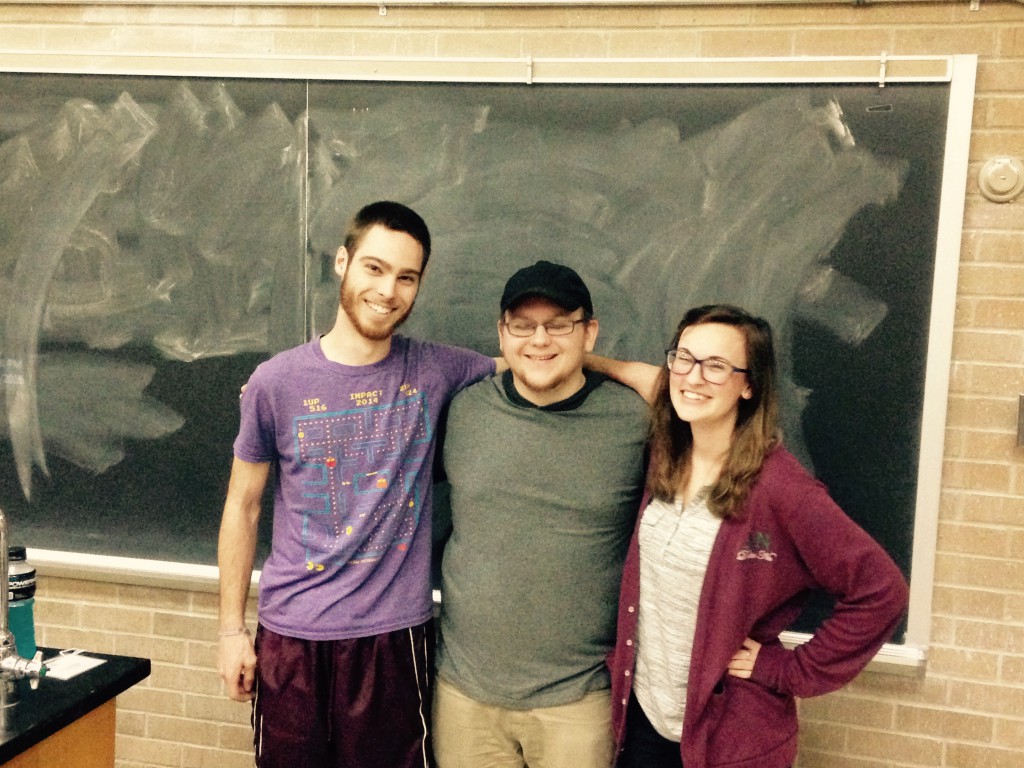 Students from the Department of Mathematics competed at the regional meeting of the Mathematics Association of America April 1-3, winning two events for the first time.

The MAA is a national organization comprised mostly of college mathematics teachers, high school teachers and undergraduate and graduate students. The organization was founded in 1915, and there are currently more then 14,000 members. The organization allows members to meet with other members in the same geographic area. The department attends the Oklahoma-Arkansas regional meeting every year.

“It is exciting when a small school can compete with the big ones,” Smith said. “It shows that our students are able to perform very well when compared to students from any school in Oklahoma or Arkansas. I am very proud of our students.”

Students representing the University’s Math Club, and the math department took first place in Math Jeopardy and first and second place in the Integration Bee, beating students from universities like Oklahoma State University and University of Oklahoma. Math Jeopardy is a team event featuring questions from various areas of mathematics. The Integration Bee, similar to a spelling bee, quizzes 70 to 80 participants with calculus problems until only the winners remain.

Dr. Ron Smith, chair of the department of mathematics, said that students have been participating for more than five years and are often beaten by universities with larger math departments. Smith said he was pleased with how the students represented the University.

“Not only do our students compete well in the competitions, but they also conduct themselves in a manner that brings honor to our school and to our God,” Smith said. “This gives us a chance to show others that we can serve God and be successful academically and intellectually at the same time.”