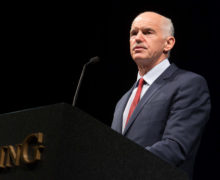 April 23, 2015 | Former Greece Prime Minister George Papandreou concluded the 2014-15 Harding University American Studies Institute Distinguished Lecture Series with his lecture titled “The Future of Economics and Universal Values.” In addition to serving as prime minister of Greece from 2009-11, Papandreou also served as foreign minister of Greece from 1999-2004, has been a member of Greek parliament since 1981, and has served
Read More 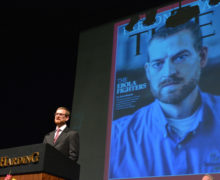 March 17, 2015 | The American Studies Institute hosted ebola survivor Dr. Kent Brantly as a part of the 2014-15 Distinguished Lecture Series. A family medicine physician, Brantly has served as a medical missionary at ELWA Hospital in Monrovia, Liberia, since October 2013. He received his Medical Degree from Indiana University School of Medicine and completed his family medicine residency and fellowship in Maternal Child
Read More 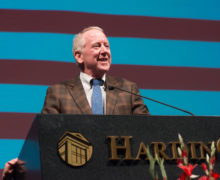 February 19, 2015 | The American Studies Institute at Harding University hosted Archie Manning as the third presentation of the 2014-15 Distinguished Lecture Series on Thursday, Feb. 19.   Manning’s presentation titled “Leadership Lessons I’ve Learned as a Player, a Businessman, and a Father” shared stories from his past about his family and career and experiences in professional football that taught him more about what it
Read More 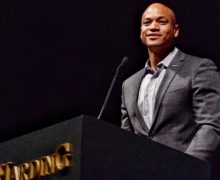 Nov. 3, 2015 | Harding University’s American Studies Institute continued its Distinguished Lecture Series at 7:30 p.m. with author Wes Moore. His presentation titled “Potential of Education for Transformational Impact” was in Benson Auditorium and was free and open to the public. A decorated Army combat veteran, youth advocate and CEO of BridgeEdU, Moore shared moving stories about his friends and family making a difference
Read More 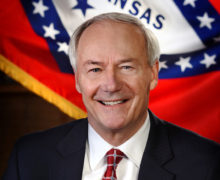 Sept. 22, 2015 | Arkansas Gov. Asa Hutchinson spoke at Harding University to kick off the Distinguished Lecture Series. The presentation will be at 7:30 p.m. in Benson Auditorium and is free and open to the public Hutchinson was sworn in as the 46th governor of Arkansas Jan. 13, focusing on bringing more jobs and economic growth to Arkansas. He has worked to lower taxes
Read More