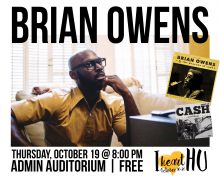 Oct. 12, 2017 | CAB | The University’s Campus Activities Board will host a free concert with Brian Owens at 8 p.m. Thursday, Oct. 19 in the Administration Auditorium as part of the annual I Heart HU week. Owens was first recognized as one of the lead singers in the Air Force band Sidewinder that became a YouTube sensation performing covers songs such as “Rolling
Read More 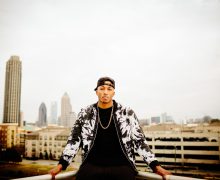 Sept. 6, 2017 | CAB | Harding University’s Campus Activities Board will host Lecrae, a two-time Grammy award- winning hip-hop artist, for a concert Monday, Sept. 11 at 8 p.m. in Benson Auditorium on campus. The performance will feature music from Lecrae’s upcoming album, “All Things Work Together,” which will be released later this month. His 2014 album, “Anomaly,” debuted at No. 1 on the Billboard Top
Read More 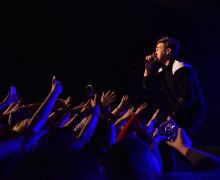 Feb. 22, 2017 | CAB | When Jesse McCartney first appeared on the Benson Auditorium stage Saturday night, he was met with a rush of screams and cheers from thousands of students and guests — and all he had to do was walk on stage. The Campus Activities Board hosted the pop singer on Feb. 18, and the record-breaking concert attracted approximately 2,200 attendees. “When the
Read More 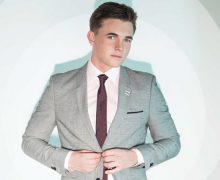 Feb. 1, 2017 | Campus Life | A typical college experience sometimes includes making impromptu decisions to attend a couple of concerts. These shows do not usually feature mainstream or conventional musicians but often an artist unknown to the 20-somethings attending. This spring, however, Campus Activities Board is hosting an artist many students don’t have to be educated on, and the nostalgia has the campus
Read More 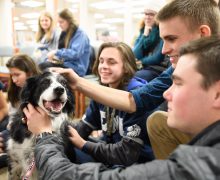 Dec. 9, 2016 | Campus Life | Library | The University’s Campus Activities Board (CAB) and Brackett Library reached out to students under more stress this week with final exams scheduled for next week. CAB hosted an Anti-Stress Christmas Fest on Tuesday, Dec. 6 at 9 p.m. in the Student Center. In chapel Tuesday, Dec. 6, Brackett Library announced the return of therapy dogs that
Read More 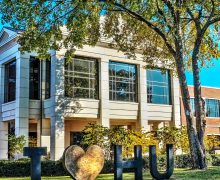 Oct. 25, 2016 | Campus Life | The Campus Activities Board hosted I Heart HU week Oct. 24-28. The week consisted of free events, activities and giveaways to celebrate the community of Harding. “I think I Heart HU week is a great opportunity to celebrate and show our appreciation for Harding and its students who go here with a week full of fun activities,” student
Read More 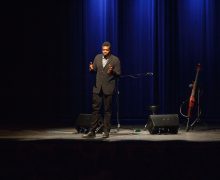 Oct. 13, 2016 | CAB | He’s a graduate of Yale University. He’s fluent in Chinese. He won second place in the “Celebrate and Collaborate with Yo-Yo Ma” international competition. His YouTube channel has received millions of views. He’s performed at Carnegie Hall twice as a soloist on the cello and saxophone. He beat boxes and plays the cello at the same time — an
Read More 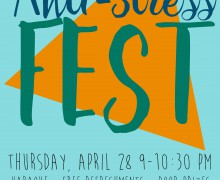 April 27, 2016 | Campus Activities Board | Harding’s Campus Activities Board hosted the annual anti-stress fest April 28 from 9-10:30 p.m. in the Student Center pit. “I wanted to provide a time of relief from studying and the stress that accompanies the end of the year,” Director of Campus Life Logan Light said. “I wanted it to be a time to recharge and gear
Read More 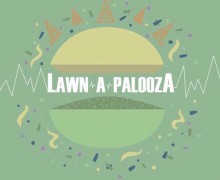 April 8, 2016 | Student Life | Saturday, April 9, the University’s Campus Activities Board  hosted Lawn-a-palooza, a free event open to students and the Searcy community. Lawn-a-palooza featured live music of Four West and The Medders in addition to student performers, local bands and a faculty band. “Lawn-a-palooza is an event inspired by students,” Director of Campus Life Logan Light said. “When my team met
Read More