Archives for Women for Harding 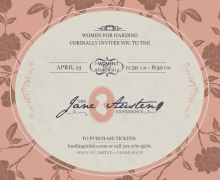 April 5, 2018 | Women for Harding | Women for Harding will host The Jane Austen Experience at 11:30 a.m. Friday, April 13 in the Heritage Auditorium of the David B. Burks American Heritage Building. The event will include a Jane Austen-inspired tea followed by several presentations featuring the timeless influence of Jane Austen in food, note writing and gardening. Dr. Stephanie Eddleman, associate professor
Read More 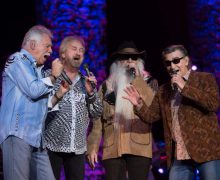 Women for Harding brings The Oak Ridge Boys back to Searcy

January 12, 2018 | Women for Harding | Women for Harding presents The Oak Ridge Boys with special guest Jimmy Fortune of the Statler Brothers in concert at 7:30 p.m. Monday, Jan. 22 in Benson Auditorium. The concert is part of the group’s 2018 “Shine the Light” tour. The Oak Ridge Boys are an American country and gospel vocal quartet most well known for hits
Read More 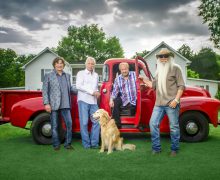 The Oak Ridge Boys at HU

Jan. 10, 2017 | Events | Women for Harding presented The Oak Ridge Boys in concert Thursday, Jan. 26, at 7:30 p.m. in Benson Auditorium as part of the group’s 2017 tour. In 2015, The Oak Ridge Boys were inducted into the Country Music Hall of Fame, the highest honor in country music. As of 2016, the group has claimed nine Dove Awards, five Grammy
Read More 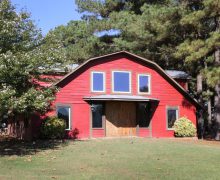 Nov. 29, 2016| Tour of Homes | Women for Harding hosted its 34th annual Searcy Tour of Homes on Sunday, Dec. 4, from 1-5 p.m. Guests enjoyed stunning Christmas décor during the tour of five local homes. All proceeds from the event funded need-based scholarships at Harding. Tickets were $20 in advance and $25 the day of the tour. Tickets were available at Artistic Florist,
Read More 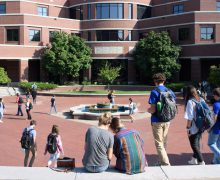 Women for Harding assists students ‘on a wing and a prayer’

Sept. 20, 2016 | Parent & Alumni Relations | Women for Harding is beginning a new program called On a Wing and a Prayer — a help a student in need initiative that will provide Wal-Mart gift cards to students needing financial support. Liz Howell, vice president for parent and alumni relations, said the program stemmed from a conversation with alumni who noted their financial
Read More 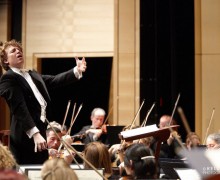 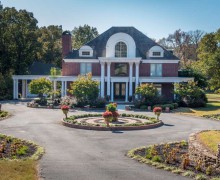 December 4, 2015 | Women for Harding Women for Harding’s 33rd annual Tour of Homes will be Sunday, Dec. 6, from 1-5 p.m. The tour offers participants a variety of ideas for holiday decorating and Christmas traditions through the following Searcy homes: Lance and Tracy Bailey at 3141 West Country Club Road; Rick and Robbie Dunning at 118 Emerald Lake Drive; Marilyn Elliott at 2810
Read More 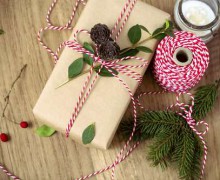 November 6, 2015 | Women for Harding Women for Harding is hosting its third craft fair Nov. 13-14 at the White County Fair Grounds in Searcy, Arkansas. The event will feature crafts from 42 different vendors across the state and from Missouri and Oklahoma. The first Women for Harding craft fair was held in fall 2013 on Harding University’s campus and featured seven vendors. Due to
Read More 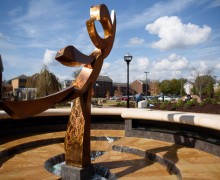 First Ladies Garden to be dedicated at Homecoming

October 21, 2015 | Women for Harding The University is hosting a dedication ceremony for the First Ladies Garden at 11 a.m. Saturday, Oct. 24, during Homecoming weekend. The garden will not only honor the past, present and future first ladies of Harding but also will recognize women who have made a difference at Harding. The garden includes a technological feature that sends information about
Read More 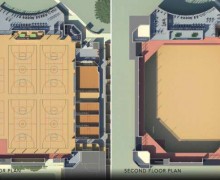 April 22, 2015 | The Mabee Foundation of Tulsa, Oklahoma, has issued a $1 million challenge grant to Harding University toward three major renovation and construction projects on the Searcy campus. The total cost of the three projects is $6.5 million. The Mabee Foundation board issued the challenge grant opportunity to Harding following its April 14 meeting. The projects include the expansion and renovation of
Read More