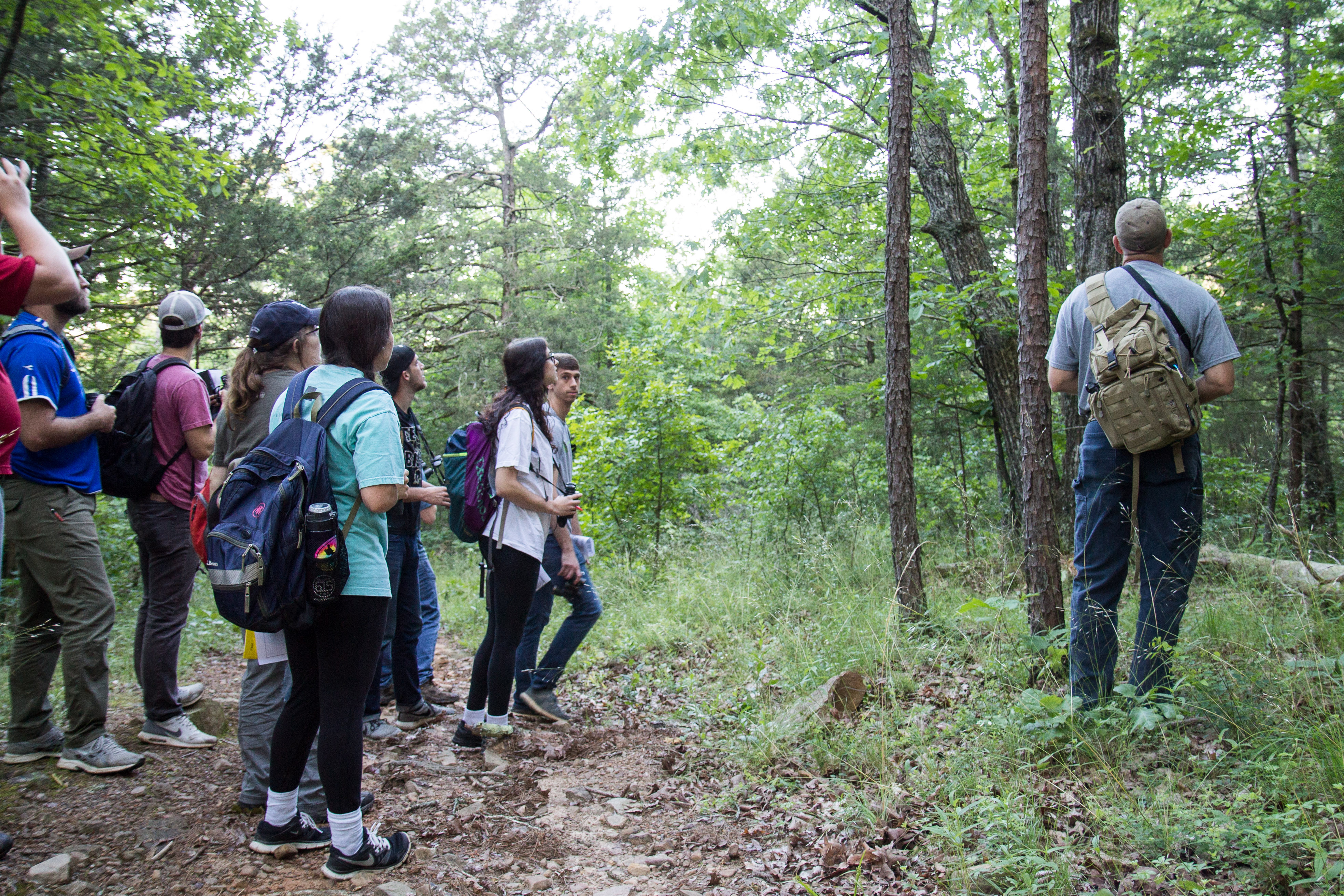 While most students move away from Searcy for summer break, many stay and work, complete internships or take summer classes on campus. For a handful of students, they’re finding themselves searching for birds in the woods of White County as part of an ornithology class taught each summer by Professor of Biology Nathan Mills.

The two-week class takes place during intersession, and the group travels daily to different areas like Camp Wyldewood, Camp Tahkodah, Jim Cress Wildlife Area and Riverside Park to spot as many species of birds as possible. Junior Rachel Gibson is taking the course to fulfill her required biology credit.

“I felt the class would be a very interesting way to be more integrated into the material I was learning about,” Gibson said. “I love nature, hiking and being in the woods, and this was an opportunity to combine that with a class that I needed to take.” 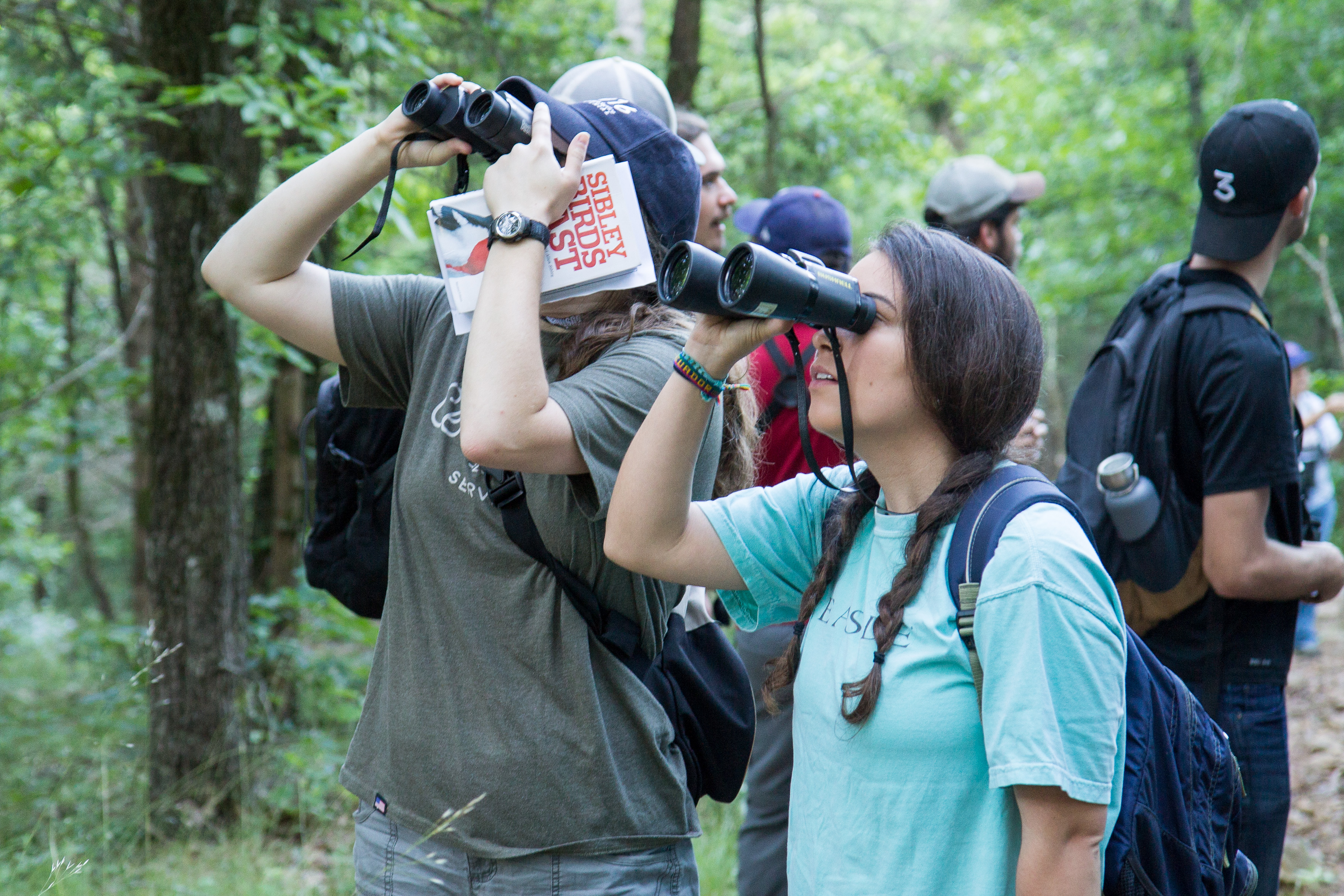 Mills, who has been teaching the class since 2004, said it is interesting to watch as students’ perceptions of the topic change over the course of two weeks.

“For me, it’s fun to watch the students get into bird watching after they’ve started the class,” Mills said. “They start out not knowing anything on the topic, and then by the end of the two weeks, they’re really excited about what we’ve learned and observed together.”

For the course curriculum requirements, students take quizzes and a final exam but spend most of their time observing birds among the area’s early morning sights and sounds. Gibson said that by the end of the class, they will have memorized 130 different bird species, all of which they are likely to see during the bird-watching adventures.

“I like being able to learn about different things that you might not ever learn about in another setting,” Gibson said. “People probably don’t expect you to know a lot about something like this, but this is a cool opportunity to know about an interesting topic while being outside and in nature.”

Mills said that by the end of the class, he sees students leave with a greater appreciation of something outside what they are used to learning and experiencing.

“I think the biggest takeaway is the appreciation for the life that’s out there that we aren’t even aware of,” Mills said. “The students start out just seeing little birds, but by the end they start recognizing more and more and discovering a really cool new world.”

Share this:
Categories: Academics and University.
Tags: Biology and Sciences.