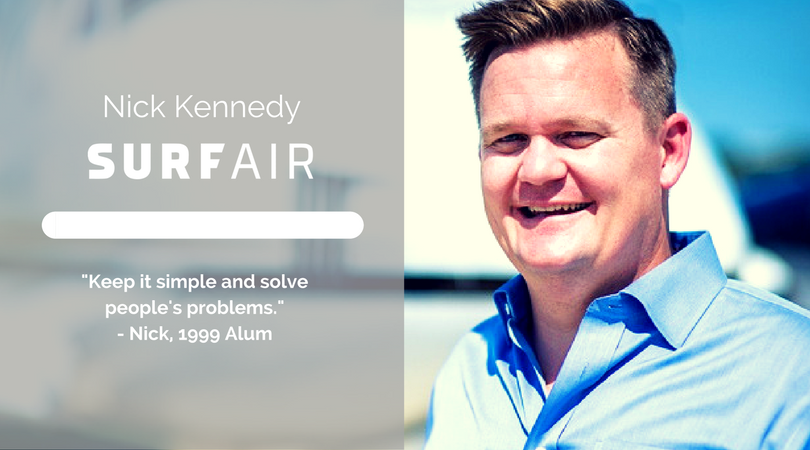 Nick Kennedy knows time is money, and air travel is stressful. And he’s a problem solver. If you consistently spend unproductive time in airport traffic and waiting to check in at busy terminals for the same short commercial hops, might an all-you-can-fly subscription membership interest you? What if it provided a private terminal where you could check in as little as 15 minutes before your flight on well-appointed, custom-designed executive aircraft? What if employees knew you by name, and concierge services were available? And what if all this were available at a fraction of the cost of flying private? Pure fantasy? Not anymore.

California disruptor Surf Air, sometimes called the “Netflix of private airlines,” provides unlimited flights between a menu of U.S. destinations for one monthly price, and Harding alumnus and Surf Air president Nick Kennedy was on campus this week to discuss life, his journey in business, and how their business model is helping customers reclaim hundreds of hours of wasted time.

Surf Air was founded in 2012.  Its genesis was in MuckerLab, a Los Angeles-based business incubator. Surf Air announced the sale of its 3,000th membership in June 2016. In June, Surf Air acquired RISE airlines, a Texas subscription service founded by serial entrepreneur Kennedy, increasing Surf Air’s subscriptions by about 25 percent and adding flights to and from six Texas destinations. This summer, the company expanded operations to Europe.

The energetic Kennedy (‘99) spoke at a lunch-and-learn info-session for a packed crowd of COBA students. He recalled his journey from San Diego to Searcy, “a foreign place,” on a last-minute baseball scholarship. His early time at Harding was not smooth sailing. There was a period of adjustment, “students here had gun racks in the backs of their trucks and I looked like a surfer,” during which he considered not returning. He met his future wife during his second semester, however, and stayed for the long haul. “My wife was a Zeta Rho president and Sprint Sing hostess for two years. I worked at Regions Bank in Walmart. She worked at the Dixie Cafe. Weekends were a 99 cent movie from Hastings and a $5.99 pizza special.”

Kennedy competed on the COBA business team. Accounting professor Dr. Phil Brown recalls those years, “Often students want to discuss their entrepreneurial ideas about how business processes could be done better. I tell them if they are serious enough to put their thoughts in writing, I’ll devote the time to help evaluate them. Nick was one of only a handful who would actually do that.”

His career began at EDS, after which he helped found Galvanon, a startup that developed software for kiosks to expedite patient check in at hospitals–an early approach to what patient portals now accomplish. The venture later sold to NCR. A later innovation in healthcare informatics was startup eviti, an evidence-based, web-based oncology platform, recently named #1 Clinical Decision Support solution for 2016 by Black Book Market Research. eviti was later acquired by NantHealth.

Kennedy explained that being a little naive can actually benefit an entrepreneur with a novel idea, because “you don’t know what you can’t do.” He counseled future entrepreneurs to focus on ways to solve problems for people, and to always start with ‘why?’  His next venture was in another area in which he had no business familiarity, but much end-user experience. Kennedy was traveling thousands of miles per year, burning time in airports away from his family. “I was an American Airlines Platinum member with all the upgrades.” The “why” for his idea was to create a less frustrating, more efficient venue for frequent flyers. 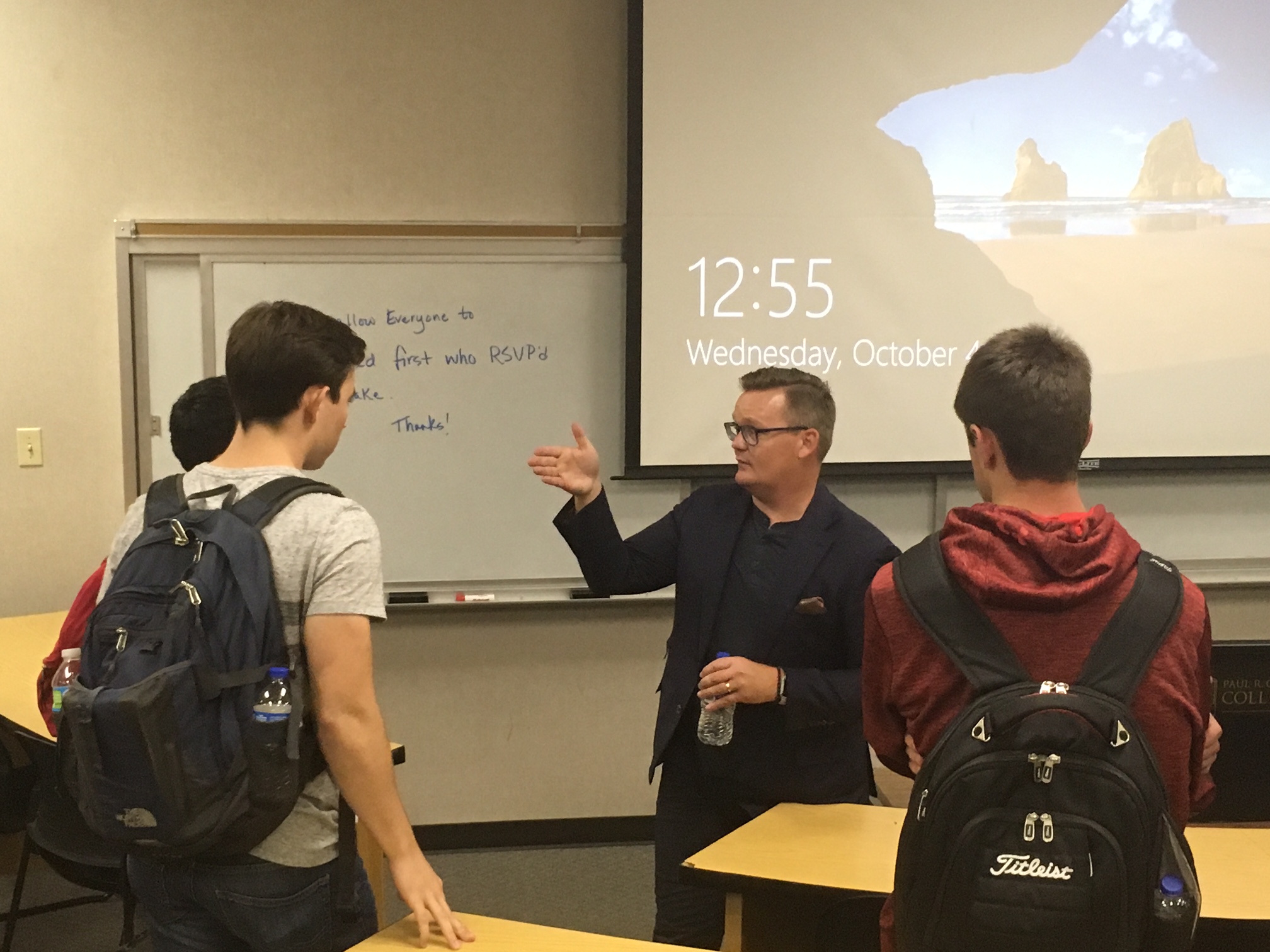 He did the research, and set out to solve the problem. The average private plane flies 300 hours per year. Buyers purchase planes for personal convenience, and often assume they will be able to recover part of the cost through charter fees. They rarely do. So Kennedy and some colleagues founded RISE, which employed unused capacity from private planes to create a subscription air travel service. RISE later sold to Surf Air.

Regarding integrating faith and business, Kennedy advised students not to attempt to hide their spirituality. Business is about solving problems, and “meeting the needs of people is an inherently spiritual process,” he told students, and works best when you love people and have their interests at heart.